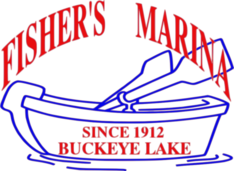 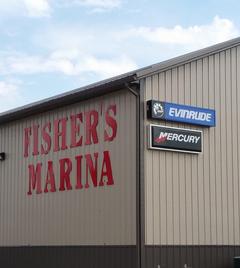 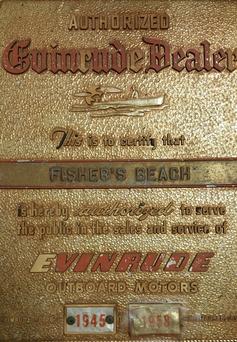 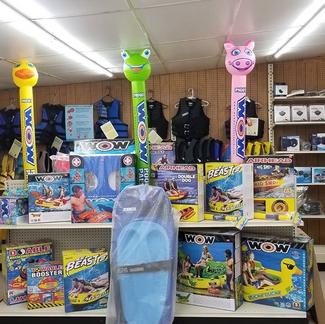 We changed our store flow making more room for boating accessories. This allowed for a larger parts room area & a new parts & service counter. This made our store flow much better for all. With the changes we had room to add a old wooden boat to our store as a display. This boat was enjoyed on Buckeye Lake for many years by the Alfred Family before being gifted to the marina. 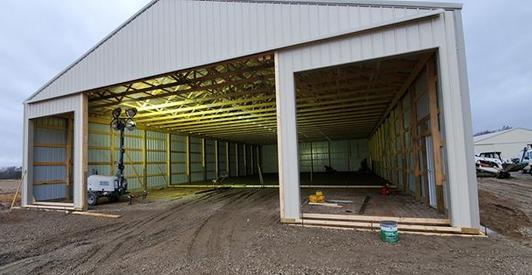 Fall 2019 Fisher's Marina expanded our indoor storage facility with our 4th build. This build is a new design for Fisher's Marina with more access to make boat placement much better. This new building should speed up the time it takes to get boats in and out of storage 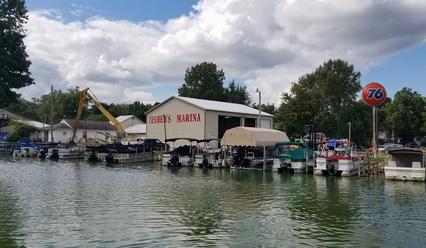 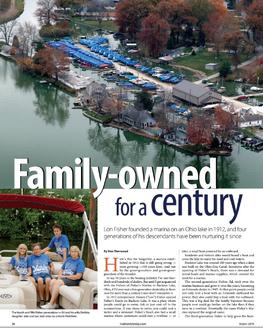 In 2016 Fisher's Marina was featured in "Trade Only Today" in a article written by Ben Sherwood. This was a great honor are we feel very luck to be featured in our 2nd national publication. To read the full article click the link below. 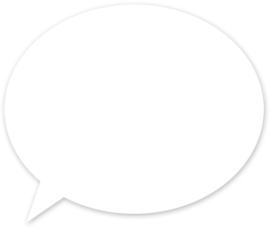 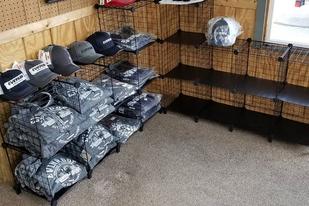 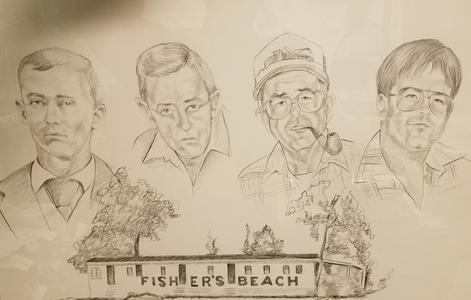 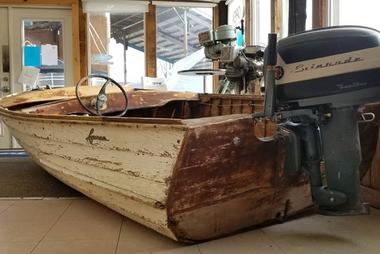 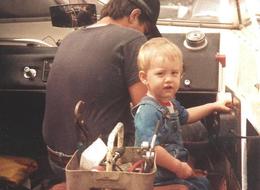 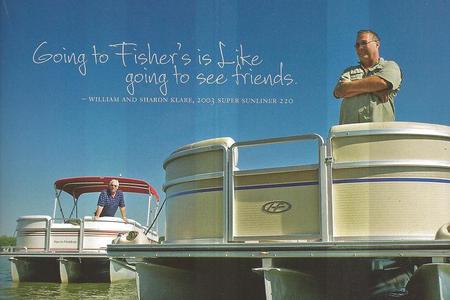 As you can see Fisher's Marina is truly a family business. From the genrations of Fisher's that have grown to run the marina over the years. To the customers that become a part of the family and make everything possible 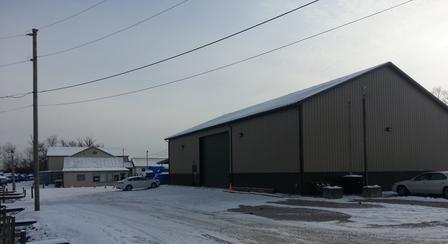 In 2013 Fisher's Marina added a new showroom, to show case our new boats. With Fisher's Marina willingness to change with the times and keep up with the changing boating world. You can be sure that we will be here for many years to come. 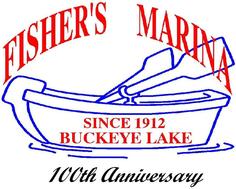 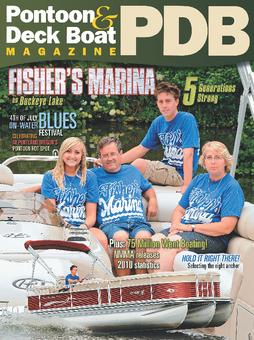 2012 marked Fisher's Marina turning 100 years old. This was a very big deal for Fisher's Marina and the Fisher famliy. That year we made it into PDB "Pontoon & Deck Boat" Magazine as the cover story. 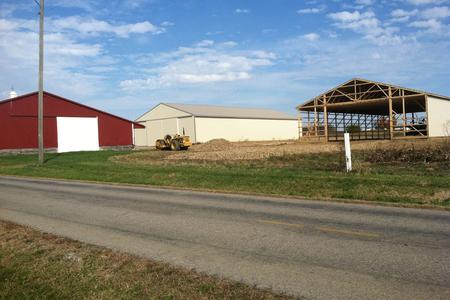 The big changes were yet to come. Starting in the 2000's Ed Fisher made some of the biggiest changes to Fisher's Marina.

In 2009 / 2010 a larger 4 bay service shop was added to the east end of the building. Then in 2011 Fisher's Marina added inside storage to our long list of services. Fisher's Marina bought land off site and built the first of three brand new storage buildings. 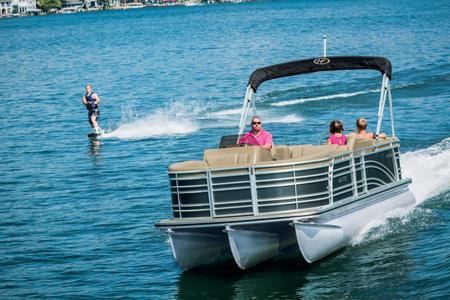 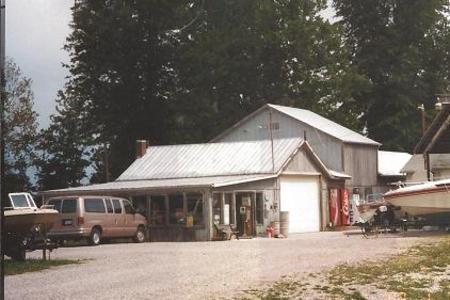 In the early 1980's the marina was moved out of the original building and moved over to the main island. Where it is today just off of Liebs Island. Fisher's Marina started to offer heat shrink becoming one of the first marinas in the area to do so. Wrapping boats in plastic to protect them over the winter.​ By  1990 Ed Fisher was running Fisher's Marina. This is when the marina really started to change into what it is known as of today. There was a larger service area added to the marina. The overall marina started to get updated. Docks were changed to allow for larger boats.

Pete Fisher built up the marina over the next 30+ years adding docks and growing the Evinrude and Harris FloteBote brands on Buckeye Lake. Fisher's Marina became known to their customer as Pete's there was even a shirt that said " I dock at Pete's". Many people to this day stop in and talk about how they bought their boat off of Pete. And have so many memories of spending summers at  Fisher's Marina boating on Buckeye Lake. 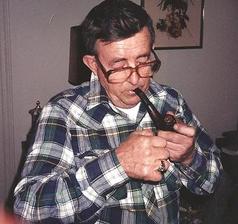 With the marina side of Fisher's Beach really growing. The beach side of things had for the most part gone to the way side. The building that once housed the locker rooms and bunk house for the lifeguards. Was now transformed into a full service marina by Pete Fisher. Bring on the name change to Fisher's Marina as everyone knows it today. In 1957 Pete Fisher bought the 2nd pontoon off of the Harris FloteBote. Becoming a Harris FloteBote dealer in 1957.

As Ed Fisher grew the marina side of Fisher's Beach. He took on Evinrude Outboard motors in 1945. This was a big deal for Fisher's Beach and the Fisher family. Now people could rent a row boat and a outboard motor so they could go further by boat. Also by being a Evinrude dealer Fisher's Beach could offer their customer the option to buy  their own boat and motor. 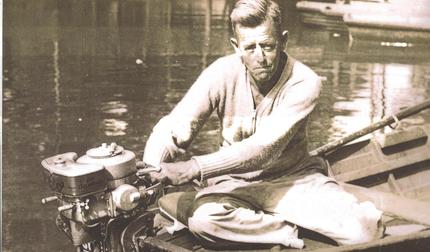 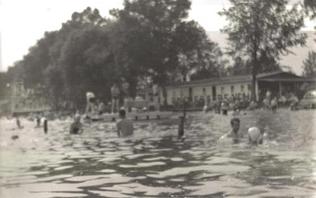 As times changed on the lake and the State of Ohio opened more public parks on the lake with public beachs. The swimming started to slow down at Fisher's Beach. As this happened the Marina side grew over the years. Ed Fisher ( Pete Fisher's father) started to grow the marine side more and more as the years past

Our story starts in 1912 on Buckeye Lake on a Island just off of Liebs Island at the west end of the lake. With the opening of Fisher's Beach this is how everything  came to be. In 1912 Alonzo Fisher opens Fisher's Beach serving the recreational needs of the Buckeye Lake area. Fisher's Beach offered a place for people to cool off and escape in the summer time. You could rent a locker and a swimming suit for the day if you were looking to cool off in the lake. While offering a swimming hole was just one part of the business. Fisher's Beach had  a small marina that was part of there daily operations. Where people could come and rent row boats and later small boats powered by outboard motors. 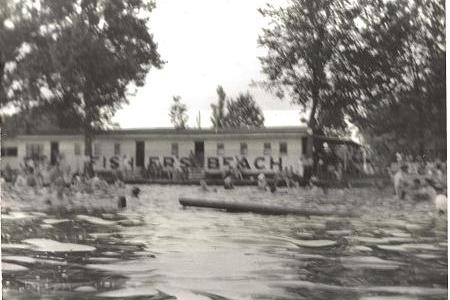